This game gives you a thrilling experience of shooting and gaming with amazing graphics. This game is so addictive; if you start playing it you’ll forget the count of time. But what is CS: GO? It’s a multiplayer first-person shooting video game. The game pits two teams (five players each) against each other: the Terrorists and Counter-Terrorists. The task is to eliminate each other while completing separate missions and objectives.

CSGO Prime Account is a feature that gives you exclusive benefits in the game. The Prime account was first introduced in April 2016. It is a way of improving matchmaking. In the game players who have a Prime account are paired with prime account players. Prime members are more trustworthy and there is less chance of cheating. 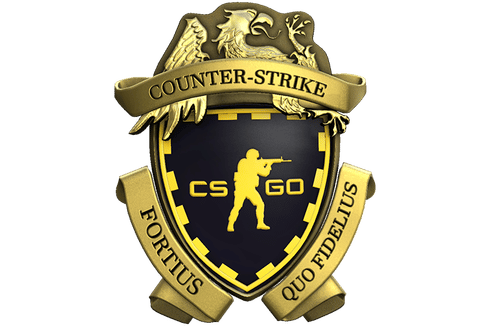 In the CS: GO Smurf, a player from higher rankings makes an extra account of lower-ranking to play against low ranking players. In the game, players are paired with the same skill players. So to win over new or amateur players, an experienced player makes a second account. This second account is called Smurf.

So CSGO Smurf Account is a player who intentionally lowers his ranks just to play with players of lower ranking.

How Prime and Smurf Accounts are useful?

Prime accounts are created to avoid fraud and cheating. Although you can never fully stop cheating it helps a lot as only people who are serious about the game will buy Prime Account. In prime account, you are paired with Prime members only. Prime users are eligible for prime exclusive souvenir items, weapons cases, item drops, and have access to all community-operated servers. Overall Prime Account helps with maintaining the standard of the game.

Smurf Account is for people who are exceptionally good at the game. They will already have a higher rank like Global Elite or SMFC. One of the best advantages of Smurf Account is your identity will not be revealed. Experienced players are already aware of all the weapons and grenades so they can easily identify noob players.

The purpose of creating a Smurf Account is to indulge more new players in the game. Creating a new account is legal in the game. Though some will find this game unfair coz it promotes experienced players so new players never get a chance to play but the reason behind this is to enjoy the game unless the opponent is destroyed.

Counter-Strike is played and loved by people all over the world because of its excellent graphics. With so many features and accounts this game never fails to amaze people. At present time there are so many shooter games available online but Counter-Strike has a different Charm. This game is so addictive that once you start playing the game you won’t leave your chair before spending 3-4 hours. If you haven’t played this game go, download it and feel this awesome experience.

How To Play Indian Poker On GetMega 2022

By Adam
4 Mins read
Poker is among the most played card games around the world. Poker is always a busy game, whether in casinos, house parties…
Gaming

By Adam
4 Mins read
Poker is one of the most popular card games in the world. It is mostly played as a betting game and involves…
Gaming

By Adam
2 Mins read
Browser games have improved over the years, and now, there are thousands of web games of all genres. There is no need…